Empower your child by letting them cook dinner

Last Sunday was one of the busiest days I have had in a while. So busy that I asked my 10-year-old daughter to make dinner.

I’m not talking about having her make us sandwiches or even just nuking a can of Chef Boyardi. I wanted a real meal.

My not wanting to / not having time to cook aside, I did think that letting the kiddo make dinner would be a good thing for her.

Like giving her an allowance and letting her learn about personal finance, this was supposed to be empowering for her.

As I told her, the reason that most people don’t know how to cook is because they never try to.

Instead of throwing her into the deep end by demanding beef wellington, I helped her construct a menu of what I would consider reasonable for her skill set.

She was in charge of the kitchen and I let her answer questions. As you’d probably expect, most of my answers were either “what do you think?” or “what did the package say?”

So what did we end up having? Shake’N Baked pork tenderloin medallions, sour cream and chive instant mashed potatoes and frozen green beans: 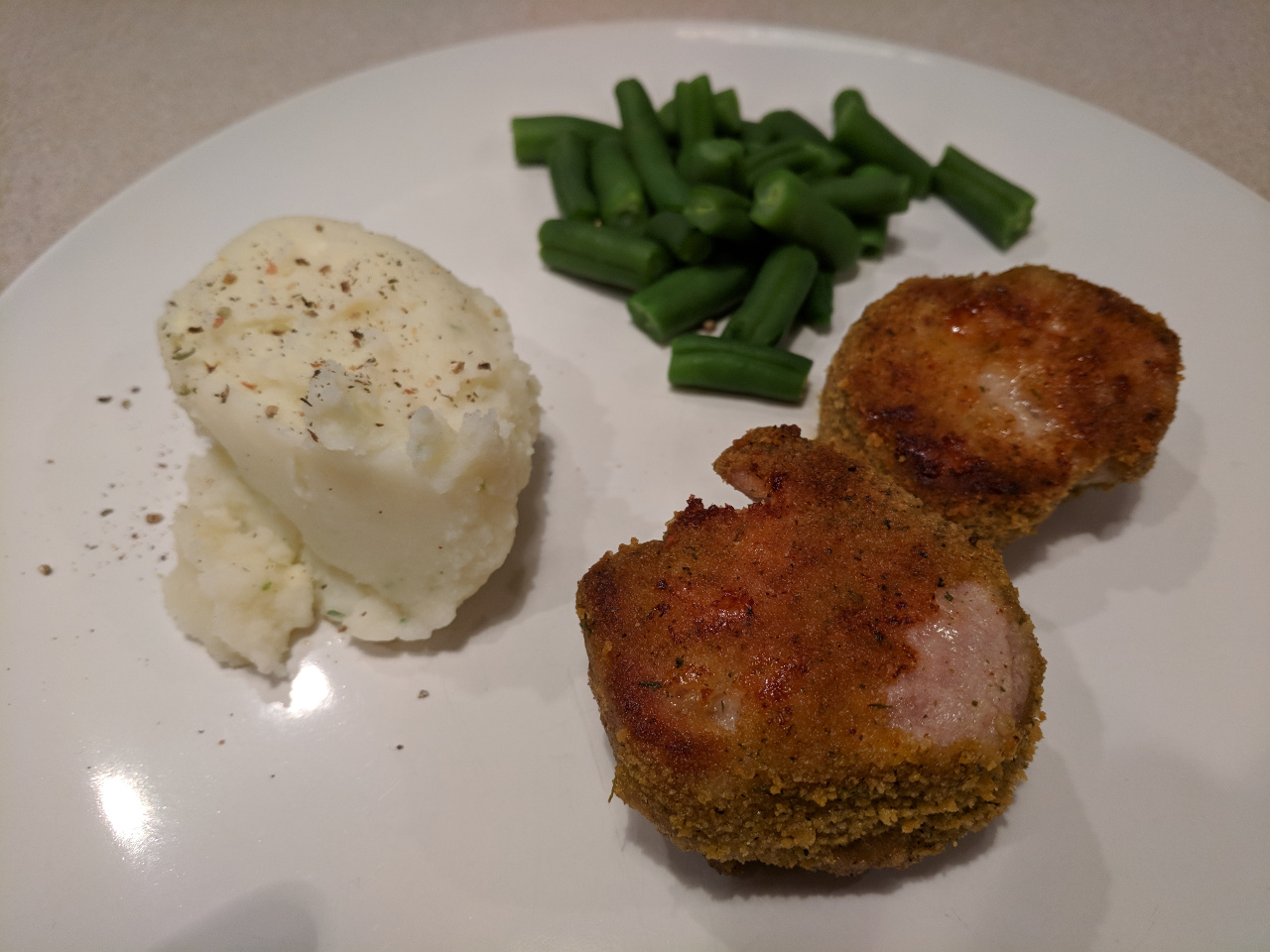 The cracked pepper was her idea ;)

The meal turned out great and I don’t think I’ve ever seen the kiddo any prouder.

There’s already talk about repeating the experience next weekend too!

So yeah, I highly recommend letting your child cook dinner for the family.

YMMV based on your kid’s skill level, but the sooner they learn the less you’ll be cooking in the future ;)

Slobberknocker: My Life in Wrestling
The 4-Hour Workweek, Expanded and Updated