Get your head out of the gutter, that’s not the kind of “Josh Sandwich” I’m referring to.

The “Josh” is an actual sandwich of my own design.

The exact date of creation is unknown but I’d argue that it was sometime in 2010 when the sandwich in it’s “final” form was achieved.

It took quite a few iterations to get to where it is at now. Mostly just tweaking the types of bread and experimenting with a handful of additional ingredients.

The “Josh” always has the same main characters though, salami and Swiss cheese.

What kind of salami? That’s actually still open for a bit of interpretation but it tends to be Genoa salami with hard salami coming in as an alternate depending on the establishment.

I couldn’t find a shot of the final incarnation so enjoy this picture of one of the works in progress. This was before the veggies, so it was pretty basic: 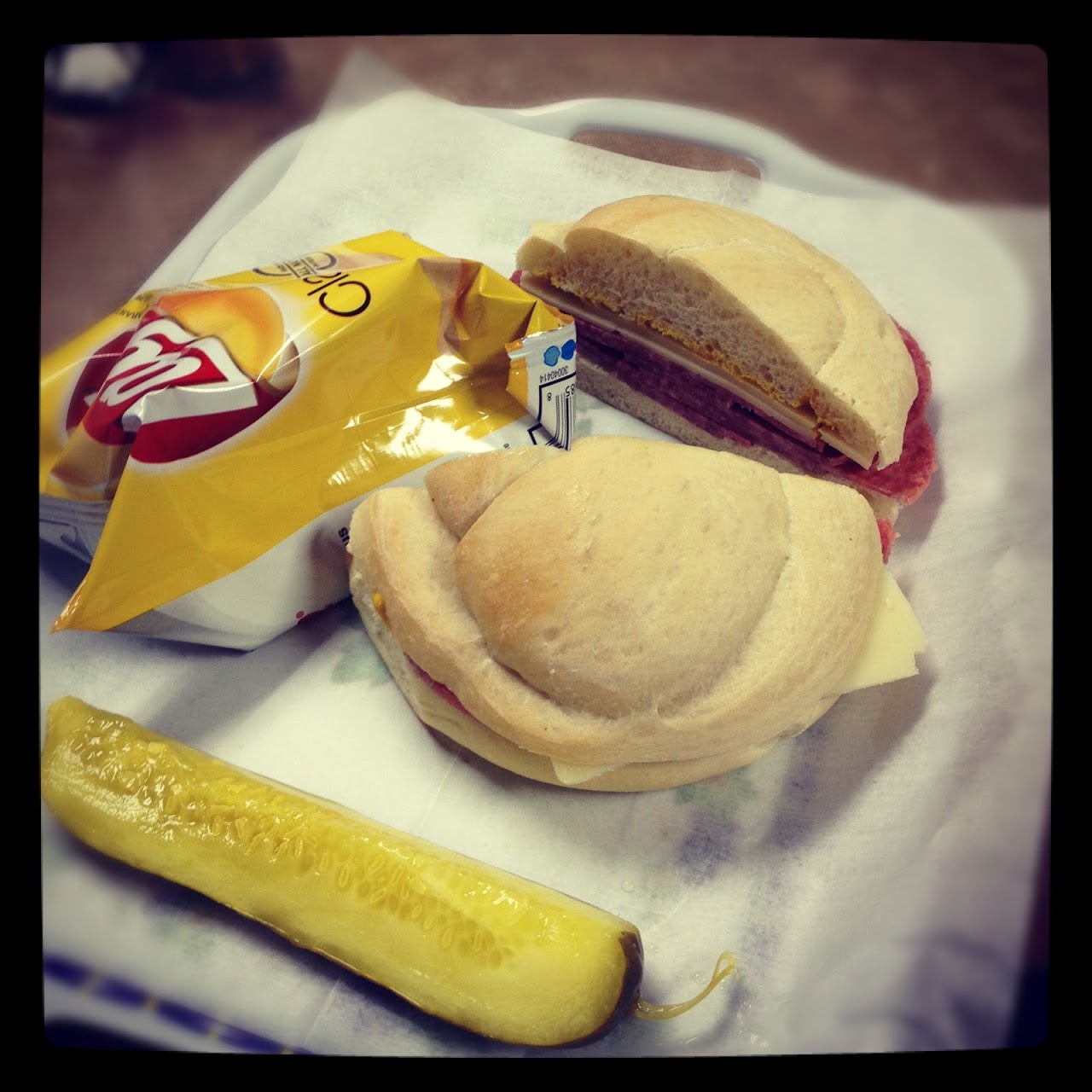 Here’s the run down of the “Josh”:

“But what if I’m a weirdo like Justin Davis and Jenny Sherman and I don’t like tomatoes?”

Tough shit, you can’t make this sandwich without the ‘maters.

In fact, I’ve been working on what you’d even call a half-assed version of the “Josh”:

There’s really not much to the sandwich and it’s pretty easy to get something fairly close to this made at most sandwich shops.

With that, even though I call this the “Josh”, I’ve never been able to get it to catch on at any of my regular establishments.

The closest I’ve ever gotten is having it referred to as “my usual” at a small café in an office building I used to work in.

This got me thinking about what steps I would need to take in the future if I really wanted this to catch on.

I came to the conclusion that having a sandwich named after you is similar to a nickname, it has to be bestowed upon you and not something you make up yourself.

And/or you need to order something so fucking outlandish that the establishment can’t help but to throw the thing on the menu and name it after you for being such an innovator.

Okay, so the “Josh” probably won’t ever end up on a menu anywhere. That’s cool thought, it’s still my favorite deli sandwich of all time.

Or maybe I’ll just open my own restaurant and feed my ego a bit by including it on the menu ;)

Got your own signature sandwich? Comment below with the recipe so I can give it a try!