The Distrohopper, or There and Back Again

In a town in East Texas there lived a distrohopper…

To catch you up, I’m a Linux user from the mid-1990s that was hot for Slackware had a brief affair with Gentoo on an iBook before settling into the ease of Ubuntu.

Then I took a tragic detour into the Apple ecosystem.

A few years back St. IGNUcius started to speak to me through my GNU/dreams. I was reluctant at first, since Apple “just works” but then it stopped working for me and I was BORN AGAIN!!

This second time around has been different though. I had somehow been baptized a distrohopper and I’ve been through Ubuntu, OpenSUSE and Arch Linux as my daily drivers.

Finally this past year I decided that stability is the most important thing to me as I didn’t want to spend my time fighting with my systems so I settled on Debian for the long haul.

NOT THAT LONG THOUGH! 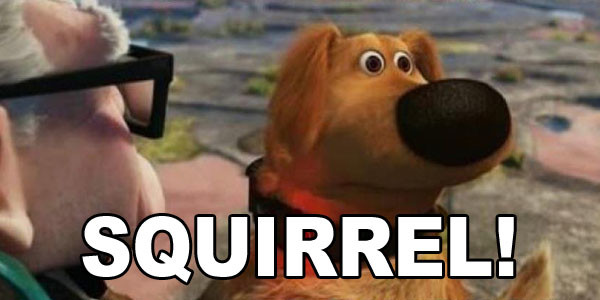 I got SUPER excited for the bleeding edge again. I took everything I had previously said about stability, threw it out the window and came running back to Arch Linux.

Why Arch and not some other distro?

Great question! So, it wasn’t the bleeding edge packages themselves that did it, it was access to the Arch User Repository. It’s simply brilliant and I love the idea of not needing to run around the web trying to find the packages I want.

With all that said, I upgraded to GNOME 3.28 yesterday and I’ll be damned if I’m not running into issues. Fortunately, it’s easy enough to downgrade back to 3.26 and give it a minute to have the issues fleshed out.

GNOME 3.26 is pretty great and sadly Debian stable is tracking 3.22 which was released September 2016.

If I’m understanding things correctly, whatever version of GNOME is currently tracked in Debian unstable will be what gets included in the next release. That will be 3.26 which will probably be a few years old by then.

Feel free to correct me in the aforementioned as I’m not entirely certain about that statement, but it seems to be how it goes.

Also, big nod to Chris Lamb (current Debian Project Leader) for replying to me on Twitter when I had posted about switching from Debian to Arch Linux:

Aw, come back to @Debian!

Okay now, so this wasn’t a scorched earth scenario where I tore down all of my systems and servers and slapped Arch on them. My iMac will remain on Arch indefinitely as I do actually need the stability there.

As for servers, I toyed with an Arch server the other day just for grins and well, I’m not confident enough in my Arch abilities to be running production servers with it. That’s on me, not Arch ;)

I’m actually not all that sure how long I’ll be on Arch and the reason for switching away from it would be because I am thinking of picking up a new laptop as my MacBook Air is about as ancient as my iMac.

Since I’m shopping around for laptops that come with Linux pre-installed, I would probably end up sticking with whatever distro is installed in hopes of having a better experience and in theory, more stability.

So yeah, my distrohopper journey continues. Maybe I’ll stick with Arch, perhaps I’ll jump back to Debian but go with testing instead of stable.

Hell, maybe I’ll get swayed back over to OpenSUSE, who knows.

What’s everybody running these days? Anything new and exciting that hasn’t made on my radar yet? Comment below!